Yes, it is still FREE!     Now, enjoy the first three books of the program in English, plus the books on the MONEY and more! Tomorrow, there will be more and more...

Welcome into the Economic Classroom

You are in the classroom of Professor Bernard Gagné,
Emeritus Economic Professor in Sherbrooke, Québec, Canada, today retired 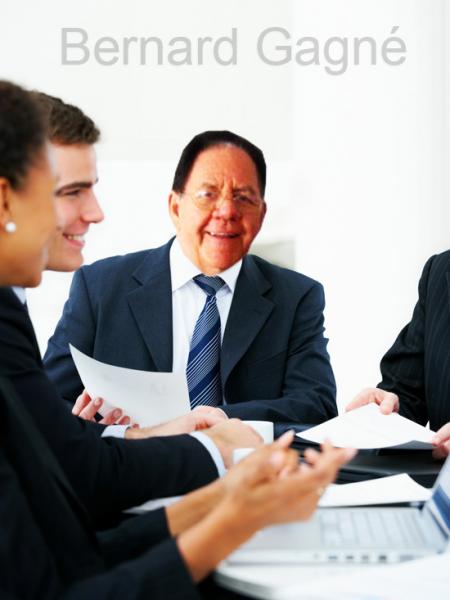 The Economic Science includes the whole human activities. Most of your important individual choices during our life need the lightning of that Science, as for the choice of a carreer for a young student, the search for a great job, the first house you buy, your spouse, preparing your retirement ou managing your savings, being some of them. It is not reserved for the students in High School or those in Colleges and Universities following a program in Business, Social Sciences or Law. It can also help some one who wants to learn by itself for a more happy life in this word where all individual decisions relates so much to Economic values.

The more or less happy results of your choices depend of it in a very large part. The goal of teaching the Economic Science is certainly the learning by the student during his study years so he could become a better citizen and a good technician or professional on the labor market. This learning belongs to the student; my part, as the writer on this site, is limited to the encouragement, motivation and mobilization that I pass on to you.

The Systematic and Systemic Effort

As an Economic Profesor, writing this teaching handbook for my students was not something that I need to do as part of my regular job. As a fact, my college never recognized my efforts in any way, but I had a lot to deal with the managers, event to the head of Human Resources, because of it!

Writing is very different than talking in the classroom. The language is very different. Writing requires a very particular effort of systematization in order to give automatically all the possible explanations. Everything is becoming systematic and systemic. It’s not the living environment of the classroom: here, no place for improvisation or the brainwave!

The first time I realized that was when I read the word by word transcription of my teaching: Oups! I had to learn to write for a reader, not for speaking, and that was in the 1970’s. This was the first step for me in my engagement that produced this course on Internet.

Transforming my handbook in a web site was another challenge. As a College teacher, I had access to Internet before it became publicly open in 1995. I was a pioneer, but the primitive technology made me to reengineer my site two times while I was a teacher, each time having it better at my sight! I made m last version before this one in 2002, just before my retirement in the Summer of 2003. At that time, I had an annual average of more than 1,000 hits a day, some days having more than 2,000 hits from all over the world, for my only French version! Now, I don’t have any recent statistics. And now, this version of my teaching handbook is in English, rewritten after my retirement.

I used my earlier versions as a tool for my students in my Economic Courses developped for the New Human Sciences Program of 1991 in the colleges of Québec; I updated them from time to time, using a total estimated of 25,000 hours over 25 years.

Today, with the progress of Internet Technologies and a professional support, the presentaiton of my teaching will have a new look. I lost my daily contact with the students and I want now to reach the general public, you, who wants to learn the basic knowledge of that very important science in the twenty-first century.

In the future, I want to present some original versions in many different languages. For now, you will have to use the computer translations! My mother tongue is Québec French and everything is first available in that language. Next, I’m working on an American English version and many others will follow.

Let’s try to understand the meaning of that word: Economics or Economy. The word was first used by Quesnay (1694-19774), medical officer of the French King Louis XV. It was already pejorative at that time, like often today! I like to compare the words: Economy and Ecology to Astronomy and Astrology!

The Economy is a science and an art. Aas a science, it studies the production, the distribution and the consumtion of the goods and services, according the a United nations report (1958). As an art, it permit to the leaders to decide in a good way to sustain the development and the regular growth of a country or an enterprise.

From the beginning of the word, Economics have always been macro, i.e. big! During the previous century, the word “Macro-Economics” have been used to describe economic at the level of the Governement or the whole country. The famous John Maynard Keynes, whose theories founded this new science of Macro-Economics, publised his General Theory on Employment, Interest, and Money. For him, the word “general” was meaning everything that was Economic, being over all everything!

The Economy is also glogal because the world is now like a small village. The world big trusts react very fast to everything that changes, anywhere on our small planet. It is a Global Economy because all the economic notions are interrelated and that the world is a small village of whose all the actors are more and more linked. Nothing can be done without its influence over the rest. We are all connected. Just think of the Global Warming and Greenhouse Effect!

The Teaching of the Economic Science

It is not a compendium of all the Economic knowledge, neither an encyclopedia of the Economic Science, explaning everything in this very complex science. It is not either a handbook for University Economic Studies. It is the basic of the economic Science without mathematics; I use mathematics only for concrete numerical applications in some cases.

It is an user-friendly, stimulating and convivial, pedagogic tool that will help anybody who wants to learn the bases of this science in order to prepare itself for a great life in this world where the Economic individual decisions are so important.

Internet, in this twenty-first century, uses such new technologies very interesting for a dynamic learning process. Eventually, I will use those techniques, like a blog, a forum, some cross-words, formative evaluations with multiple choices or combinations and more. For now, you may take advantage of my basic teaching, which is fundamental.

Best economic course i've taken and i've been a trader for 30 + years !